A young teenage werewolf is torn between honoring her family's secret and her love for a man. 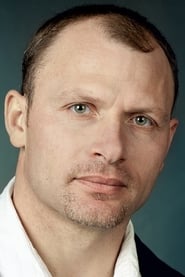 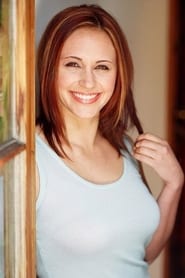 Now living in Romania, an American living under the rules of her guardian finally relents to a romance with a stranger he discovers her and the whole clan are werewolves and when they fear he could expose them try to do whatever they can to keep the two of them apart. There was some good stuff to this one when it mattered. One of it's best parts was it's big actions scenes early on with there being two really great chase scenes through the forest in here. The first one is really great, with the suspense of not knowing what's going to happen during the course of the scene, and that makes the initial set-ups with the group appearing at the ceremonial grounds with the prisoner stuck in the middle. Once it switches over to the hunt, it becomes all the greater with the atmosphere from the imposing forest being used to perfection, the wolves' chase is rather fun and the whole thing is a big plus. The second one works with pretty much the same points but with the added benefit of featuring a really nice werewolf battle at the same time. The battle is quite long and enjoyable, using the surroundings and setting quite nicely with the action coming from the realistic wolves that can only be done that way, and it becomes quite exciting. Another rather good part about it is the film's action-packed ending, which is all sorts of awesome from the energetic and engaging street chase where they're jumping around the buildings to the big confrontations inside the hideout. The hideout sequences are the best, with a fine mixture between gunfights, brawling, wanton destruction and even some explosions placed in the mix to end the film on a high-point. The last plus here is the fact that the mythology with the werewolves is impressive and incredibly original, using a lot of the facts known while mixing it in with the new facts presented make for some great times. These here are the film's good points while there were some pretty big flaws to this one. One of the biggest problems is that the film uses real wolves for the transformation into werewolves. It's a cheap ploy, doesn't for the slightest look anywhere near convincing and makes it seem like a horror film was the furthest thing possible from the makers, which isn't a good sign. This is just lazy and makes the whole movie feel quite cheap in the process, besides looking wrong and oddly out-of-place. That feeling also works on the romance angle in here which just feels so tacked on just to have it here that it serves no point. Add onto that the fact that they constitute so much time in the middle segment of the film that almost nothing at else takes place during these scenes, making them quite dull and boring all around. The last flaw is the tameness of the film which is perfectly captured by the rating, which takes out much of the opportunities for this one to be entertaining since it can't show too much blood or gore, and the werewolf kills can't be too intense as the rating implies, which is what really hampers this one here with a series of off-screen or completely bloodless kills in here. These here are the big damaging factors to this one. Rated PG-13: Violence and Language.

It's Kind of a Funny Story 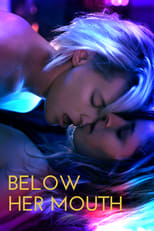 The Mortal Instruments: City of Bones

The Kids Are All Right