Interstellar chronicles the adventures of a group of explorers who make use of a newly discovered wormhole to surpass the limitations on human space travel and conquer the vast distances involved in an interstellar voyage.

Tagline: Mankind was born on Earth. It was never meant to die here. 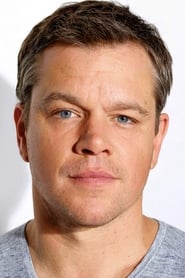 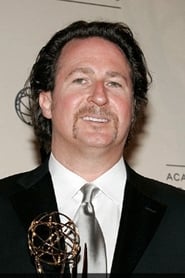 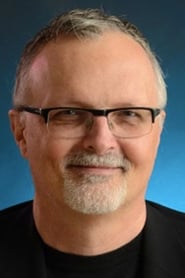 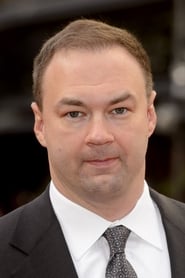 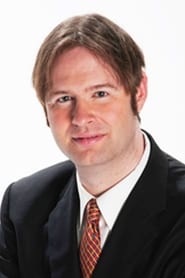 People seem to think that if you enjoy a Christopher Nolan movie, you are a fanboy and the film couldn't really be that good. That is not true. He has never made a bad movie, Insomnia is probably his worst and it is still an excellent movie. Interstellar is up there in his top 3, with The Dark Knight being number 1 and Inception in number 2. I don't think he will ever make a better movie than The Dark Knight, it is without a doubt a masterpiece of cinema in my opinion. It can be enjoyed on so many levels. I remember seeing Interstellar in the movie theater and being on the edge of my seat the whole time. It was breathtaking but the end left me confused so i walked out disappointed. Since then i have watched it many times but it only took a second viewing to realize what a great ending it is and here is why. How many people discuss the end, was the wormhole open or closed for him to make it to Brand, what happens next, is there a sequel. I discuss this with people who hate the movie and the debate will still last a good 30 minutes if not more without getting heated. It is a wonderful story told through the eyes of a genius film maker who deserves more than he receives, an oscar would be nice start. I read hat his next movie is to be released in July 2017, I can't wait to find out everything about it like i have since he began. If you're unsure about Christopher Nolan, watch his career from the beginning starting with Doodlebug.

Another grandiloquent movie from Christoper Nolan. The cast is good, and McConaughey performs a role made for himself. The photography is very nice but the movie commits all the same mistakes than previous Nolan's movies. I think mistakes but it may be that they are the points Nolan fans enjoy the most ... * The story makes you believe it is a realy deeply thought plot but, in the end, it has so basic mistakes and stupidities that make it nonsensical. * There is a general ambience of every moment being epic; deep, solemn and smart dialogues but, at some point our highly trained engineer and pilot behaves really stupidly. * To keep the mentioned constant feeling of being in an epic moment, Nolan uses a thumping and insistent soundtrack. As it is not a moment, but a 3h movie, it is really tiresome. All in all, the movie is OK but you can only think this is a great movie if you are a real Nolan fan.

"Man kind was born on earth, it was never meant to die here." IT has been two days since I watched it and I still can't get it out of my head. I can safely say that it has been a long LONG time since a movie had this much effect on me after watching it. And the only thing I can think of now is to somehow Re-Watch it again. This movie was surprisingly different from Christopher Nolan's recent works because they had been great cinematic entertainment pieces catered to a wider audience with a blockbuster approach, this certainly didn't felt like that and hence the polarizing response it got. It is an ambitious project that is not meant to merely entertain, walk into it knowing that. I'll say this though, If it works for you, you'll be in heaven. The premise of the movie is that Earth is no longer capable of supporting humans on it, we must find a new home to avoid extinction. This scenario is told from a very personal perspective and not from a Global scale like some sort of apocalyptic catastrophe disaster film. At the core of the movie is the Father-Daughter relationship. The movie takes its sweet time to develop it too. Mathew McConaughey, not surprisingly, gives an amazing performance as the main lead. He really carries the film, some scenes were very emotional due to his great performance. The rest of the cast does a great job as well, especially the Daughter played by Meckenzie Foy. The One character that I never expected to be great was the robot TARS. He also acted as the source of the humor in the movie, well executed, timely and grounded. Interstellar tackles a lot of themes, Survival, Humankind, Love, Time etc, out of which 'Time' had the biggest impact on me. With relativity being a big part in the film, the whole sequence about it just struck me very deeply and I found new respect for Time. I'm actually at a loss of words to describe it. Also, there is a lot science in it so it can be confusing for many and in Nolan's tradition, it also has twists and mind numbing ending, where the more you think about it, the more numbing it gets. The visuals of this movie are breathtaking. Great cinematography and CGI. The depiction of wormholes and blackholes and other space entities were the best I have ever seen. They just suck you into the movie. Along with that, you get to listen to one of Hans Zimmer's best scores. The score not only felt personal, going perfectly with the movie, but also different from his recent works. There were times where combination of epic photography and soundtrack made the scenes timeless, like I was completely sucked into it and didn't had a clue about my surroundings. I didn't want those scenes to end. Alas, the movie was not perfect. My biggest gripe with it is that the pacing and editing was off at times. Some scenes dragged on while others were cut far shorter. The beautiful views of space could have definitely benefited from a few seconds longer onscreen time. Also, I wished there was more space exploration in it. With all the remakes, rehashes, reboots and sequels we are getting in these times, it is great to see original gems like these. This movie is definitely one of this year's best, one of Nolan's best work and one of the best movie I have seen in recent years. 9.5/10

This was my most anticipated film of 2014, and I was not disappointed. The story was slightly difficult to follow on the first watch, but that was to be expected in a film dealing with complicated fields such as astrophysics and time dilation. Many didn't find its overall message - that love is the most powerful force in the universe which transcends space and time - to be very appealing, but I thought it was an interesting take on special relativity and how two people can be bound by a common feeling, even when they're in different parts of the universe at different times. I also thought the acting was believable, for the most part, and I didn't think anyone was miscast. I enjoyed the surprise appearance from a certain famous actor about halfway through. But what really blew me away were the visuals and the soundtrack. I believe it was Quentin Tarantino who once said movies and music go hand in hand; that a moving image complimented by the right piece of music can create art. Well, the visuals in this film, which took my breath away, and the score, which perfectly captured the 'feel' of the cosmos and all its wonder, proved him right. I think this was Hans Zimmer's best work yet, and although I'm not Christopher Nolan's biggest fan, I will continue to follow his work if he can pull off more movies like this. My only regret was not seeing this film in IMAX. 10/10

Guardians of the Galaxy

How to Train Your Dragon 2