When three women living on the edge of the American frontier are driven mad by harsh pioneer life, the task of saving them falls to the pious, independent-minded Mary Bee Cuddy. Transporting the women by covered wagon to Iowa, she soon realizes just how daunting the journey will be, and employs a low-life drifter, George Briggs, to join her. The unlikely pair and the three women head east, where a waiting minister and his wife have offered to take the women in. But the group first must traverse the harsh Nebraska Territories marked by stark beauty, psychological peril and constant threat. 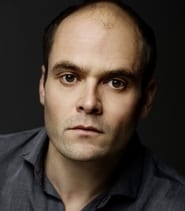 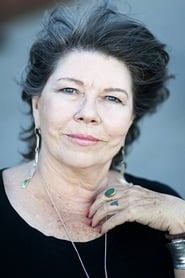 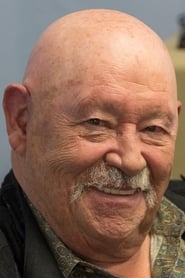 Three crazy women for five weeks is a lot more than I bargained for. The Homesman is directed by Tommy Lee Jones, who also co-adapts the screenplay from Glendon Swarthout's novel with Kieran Fitzgerald and Wesley A. Oliver. It stars Jones, Hilary Swank, Grace Gummer, Miranda Otto and Sonja Richter. Music is by Marco Beltrami and cinematography by Rodrigo Prieto. Three women who have been driven mad by pioneer life are to be transported East across the country to Iowa. When the men of the town refuse to stand up and be counted, single, pious and independent-minded Mary Bee Cuddy (Swank), enrols for the task. Recruiting scallywag drifter George Briggs (Jones) to aid the journey, it becomes an arduous journey that will make or break both of them. The Homesman is a tricky Western, revisionist of heart and blood, and grim in nature, it's got a narrative that has (and will continue to do so) invited criticism from different quarters. It has been called misogynistic on one side of the fence, and feminist on the other! While there is a humongous narrative jump that has been lauded as great from some, and a film killer by others. The truth is that only each viewer can judge from their own personal perspectives. Personally I think that Jones has blended both the former angles to perfection, whilst the latter issue is to me an outstanding and brave piece of film. The life of the pioneer women is shatteringly brought into sharp focus, right from the off there's brutality blended with utter sadness as Jones the director cuts no corners in setting up the film. Big question then hits us in the face - just how did the Old West deal with those suffering mental disturbance? In this instance it's to pack them off to the East where they will be tended by a minister and his wife (the latter of which played by Meryl Streep in little more than a cameo). The three women are vividly portrayed by Otto, Gummer and Richter, but this aspect of the film is only a side-bar to the crux of the story. This is of course about Mary Cuddy and George Briggs, a man and woman at total different ends of the spectrum. She's sad at being alone without a man, he's more than happy to be without a woman. Everything suggests that this is going to be "one of those films" where opposites find a soul mate, but Jones and his backers may not be reverting to type? I mean for a start how interesting to find this journey going from West to East, that says much about the film right there, a pioneer journey in reverse. While the prominent ladies here may be mad, abused or needy, you will be searching far and wide for a decent man in this here tale. The landscapes are deftly photographed by Prieto, eye opening but never to the detriment of the narrative thrust of pioneer hardship. Betrami lays ethereal piano and string arrangements all over the piece, while joining Streep in short bursts of cameo characterisations are James Spader, John Lithgow, William Fitchner, Hailee Steinfeld and Tim Blake Nelson, that's quite an armoury of performers. Even if you can't help but want more from them all. But it's Swank and Jones, a superb pairing, who give the grade "A" performances. Jones lifts his old cantankerous ruffian character to greater heights, making Briggs the anti-hero to the anti-hero. While Swank hasn't been this great for a long time, making Mary Cuddy strong and inspiring, yet also evidently suffering inner turmoil. Swank's turn epitomises The Homesman, shrewd and insightful, humane and heartfelt. Top stuff all round, it's great to see modern directors confident enough to make biting moody Westerns. 9/10

> An unusual western road trip drama. A novel based film starred and directed by the 70 years old Tommy Lee Jones. An unusual realistic western drama with a fantastic cast. It sets around the time 1850 and the story of three mentally ill wives who were transported to a safe facility by a man and a woman who hired him in exchange of saving his life. During this both way road trip, what they go through is what finely told. Tommy Lee Jones and Hilary Swank were excellent in their parts. She was the best, you would definitely feel her role's eagerness to get a normal life with a husband and children. Which is very important for the personal and the social life of that time. And at this old age, Tommy Lee did a great job in all the fields he had undertaken for this project. His vision was the most appreciable. Felt like I saw a wonderful western film after a long time. But some of the events were needed a good explanation like one of the deaths in the film. Since it was a tale of the cowboy culture era, few things were understandable, but not everyone going to get those parts. So the details were missing yet not a bad film. The characters were not introduced in a usual way, it only goes forward by developing the story and by the end you would feel you know them enough. And at the final act, there was a couple of guest appearances and steals the show. It is not your regular western, totally worth a watch and that's my suggestion. 7/10