A decadent London aristocrat hires a man-servant to attend to his needs. However, the balance of power starts to shift... 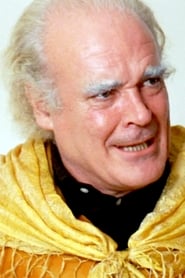 The Fatales - Homme & Femme. The Servant is directed by Joseph Losey and adapted to screenplay by Harold Pinter from the novelette of the same name written by Robin Maugham. It stars Dirk Bogarde, Sarah Mles, Wendy Craig and James Fox. Music is by John Dankworth and cinematography by Douglas Slocombe. When well-to-do Londoner Tony (Fox) hires Hugo Barrett (Bogarde) as his manservant, he gets more than he bargained for. Especially when Hugo's sister Vera (Miles) also arrives on the scene... The Servant remains as enigmatic today as it was back on its release in the early part of the 1960s. It's a film that defies classification, that rare old cinematic treat that continues to cause debate about not only its worth as art, but also its very meaning(s). A head bothering delight that revels in toying with your perceptions as much as Hugo Barrett enjoys toying with his supposed master. Lets play master and servant - indeed. Set predominantly in the confines of Tony's swanky Chelsea abode, there's a disturbing claustrophobia that pervades the narrative, and this before we even begin to ponder the power of man, his ability to dominate and manipulate, or the reverse side that sees another's lack of ability to not succumb to the downward spiral instigated by a supposed lesser man. Sprinkled over power issues are sexual desires, obtained, unfulfilled or simmering away unspoken. As the literate screenplay comes out in sharp dialogue snatches, breaking free of Pinter's other wise cement ensconced writing, there's evidence that this is a psychological study as opposed to the class system allegory that many thought it was way back then. This really isn't about role reversal, the finale tells us that. Visually it's a box of atmospheric tricks as well. Losey and Slocombe use deep angular black and white photography to enforce the chilly dynamics at work in the story, the longer the film goes on, as it gets to the nitty gritty, the more jarring the camera work becomes - delightfully so - the house no longer an affluent person's residence, but a skew-whiff place of debauchery and mind transference. And mirrors - reflections, important and used to great effect. Some scenes are striking and rich. Hugo at the top of the stairs standing in the bedroom doorway, in silhouette, an overhead shot of Hugo and Tony playing a childlike ball game on the stairs, a sex scene on a leather chair that we don't see but understand totally. And many more as Losey finds the material that allows him to show his skills. Cast performances are across the board terrific, particularly Bogarde who gives a visual acting master class, and Fox who beautifully shifts a gear from toff twit into dependant dead beat. While Dankworth's musical accompaniments add flavour to the unfolding machinations. 9/10