Rise of the Guardians

When an evil spirit known as Pitch lays down the gauntlet to take over the world, the immortal Guardians must join forces for the first time to protect the hopes, beliefs and imagination of children all over the world. 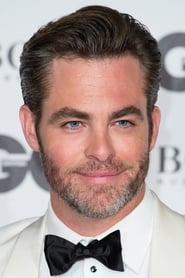 Enjoying story inspired in 4 of the major "legends" for kids in the anglosaxon culture. Great animation and development of characters for a simple and clean story with the needed touches of humor and action.

The Sandman. The Easter Bunny. The Tooth Fairy. Santa Claus. You know their names. But did you know that they were secretly the guardians of childhood, brought together by the Man in the Moon as a sort of folkloric Avengers? Well, now you do. They don't seem to have a lot to do however (aside from their respective day jobs, of course), until their long-vanquished nemesis The Bogeyman returns to threaten the world. To shore up their ranks, the Moon summons forth another figure of legend: the plucky winter sprite Jack Frost. Jack and the Bogeyman share a common problem: they're not believed in anymore, and have faded from public view. But Bogey has found a way to regain his power, and this spells doom for the other Guardians (and, presumably, childhood innocence). It's a decidedly high-concept start, as most CGI fare tends to be, based on an in-progress series of books by writer and filmmaker William Joyce (who wrote and directed the utterly charming, Academy Award-winning short animation The Fantastic Flying Books of Mr. Morris Lessmore, which I can't recommend highly enough; bring tissues). There's some mucking-about with the established tropes: each of the Guardians have different names (North, Bunnymund, Toothiana, Sanderson Mansnoozie, Pitch Black), and visits to each of their strongholds reveal Yetis do the day-to-day work at the North Pole (elves are instead well-meaning but useless idiots) and Easter eggs are grown like flowers, among other revelations. I'm sure you can discern how everything turns out in the end. Surprises aren't legion in films of this type; like any fairy tale, it's all in the telling. There are a few issues with the film, and they're mostly structural: normally I'm not one to carp about world-building (and this is clearly a film with eyes set on a sequel), but the first half seemed to drag on a bit too long for me. These are archetypal characters; one of the reasons they're used is so that we get the idea at the merest glance. The second is that the villain of the piece, Pitch, feels like a missed opportunity. He's a mite over-exposed and a bit too solid. This is, after all, the Bogeyman. Employing a bit more of the Jaws principle and amping up the menace and threat that he poses may have instilled more fear in the youngest audience members, but how many of us were forever traumatized by the flying monkeys of Oz, or Willy Wonka's psychedelic tunnel ride? Kids today have it easy. Quibbles with the building blocks aside, the execution of what's there is sterling. Character designs are unique and witty, from the Australian warrior rabbit (Hugh Jackman) to the silent, squishy Sandman to the tattooed, inexplicably Russian Father Christmas. Jack Frost, whose design seems informed by the classic Rankin & Bass stop-motion film, is well-voiced by latter-day Star Trek captain Chris Pine, and Alec Baldwin brings his gravelly voice to bear with a hearty bombast on the sword-wielding Cyrillic Santa. Jude Law is seductively mischievous with his turn as Pitch, and Isla Fisher is a bundle of nervous energy as the flighty, OCD Tooth Fairy. The film itself is gorgeous, with cinematographer extraordinaire Roger Deakins serving as visual consultant (other animated films for which he's performed this role are Rango, How to Train Your Dragon, and Wall-E; I think that's enough to say if you're making an animated film, bring him on). I can't speak for the depth of the 3D-ification, but rather than suffer through a dim, dull image, you'd be better served to witness the full, gorgeous colors of each of the Guardians' realms. Guardians is a cut above most animated fare, but with a bit more tweaking (and perhaps more involvement from executive producers Joyce and Guillermo del Toro, each of whom have immaculate fairy-tale credentials), it could have been a classic. The film we have, though, is an enjoyable ride, even if it doesn't have the staying power of its legendary characters.

A delightful movie for children and families. Interesting twists on some of the figures of childhood, however, they are very likable characters. The Story is well thought out and pulls you in, I actually felt concerned that good would not triumph over evil. Great ending, but it kinda leaves you wanting more. Another Dreamworks hit, sure to entertain the family.

Where were the owls again? _Final rating:★★ - Definitely not for me, but I sort of get the appeal._